In the early months of 1960, following the cessation of the “Hoddesdon Choral Society” and their sister organisation the “Hoddesdon Orchestra” a letter was sent to the Mercury by Mrs Winefride Walshe and Mrs. Sybil Abrahams bringing to attention “…a complete vacuum in this district as far as musical ‘activity’ is concerned…” and within this letter, proposed the formation of an Operatic society at Hoddesdon with the idea of staging performances of light-opera, principally Gilbert & Sullivan.

There was enough interest from this letter to take matters forward and the society came into existence at an Inaugural General Meeting held in the Parish Room, Mill Lane, Broxbourne on Thursday, 2nd June, 1960. Suggested names for the company were “Hoddesdon Operatic Society” or “Hoddesdon and District Operatic Society” before settling on “East Herts Operatic Society”.

The first President and Chairman of the Company was Harold Abrahams (1924 100m Olympic Champion, depicted in the Oscar winning 1981 film “Chariots of Fire”) and the company Producer would be his wife, Sybil Abrahams, a former mezzo-soprano singer for the D’Oyly Carte Opera Company.

A committee was formed and they planned to present their first production in April the following year.

A shortlist comprising of “Iolanthe”, “The Gondoliers” and “The Mikado” was proposed and the company agreed that their first show would be “The Mikado”.

On 10th April, 1961 EHOS presented “The Mikado” at the Baas Hill Secondary Modern School. It was given an extremely favourable reception by the audiences and by the press, and the society declared the first show a success.

The choice of venue was deemed very fortunate as there was a lot of help and support from the Governors, Headmaster and Staff of Baas Hill School. The Hall was noted as having great acoustics for the performance.

The show made a profit of £11 12s. 0d. (£177.48). Following the first show, the company made donations to the Hoddesdon branches of St. John Ambulance and Red Cross and also to Queen Victoria Cottage Homes.

The Loss of our Producer

The Society was unfortunately only to have Sybil Abrahams as their producer for the first 3 productions as a few months after the closing of “Iolanthe” in April 1963, Mrs. Abrahams would suddenly collapse and die in June 1963 whilst watching an excerpt of “A Midsummer Night’s Dream”, which she had produced for the Great Amwell midsummer festival.

Her loss was a blow to the society and she was deeply missed. As a memorial to Sybil, Mr. Abrahams would donate to the society, two large make-up mirrors for the dressing rooms. The mirrors were figured with Sybil’s profile and signature and were presented to the company by Mr. Abrahams on the opening night of “The Pirates of Penzance” in 1965. 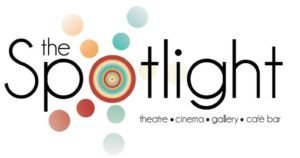 As the company grew in reputation, the performances would change venue from Baas Hill School to East Herts College to take advantage of the increasing audience numbers.

The College would see 10 years of performances by EHOS from 1964-1976 before moving to the Broxbourne Civic Hall, now re-branded as The Spotlight Theatre, which has been (mostly) the venue for EHOS’s productions onwards.

Since 1970 the society had traditionally performed a major show and a smaller musical revue within the year, and this tradition is still upheld of sorts (the small musical revue is sometimes substituted for a small play).

Since Spring 2008, the smaller show of the year has been performed at Victoria Hall Theatre, Old Harlow – A venue we instantly fell in love with and thoroughly enjoy our ongoing association! (Especially the sprint to the back stage door in full costume!)

The Loss of Abrahams

14th January, 1978 marked the passing of the Society’s President and Chairman and for that year “Iolanthe” was performed as a tribute to Mr. Abrahams. He had continuously held the position of President and Chairman since the founding of the society 17 years previously. He was once complimented upon his “Effortless Leadership” for which he was said to reply “There is nothing effortless about it”.

The society has encountered the same problems that all theatrical societies face.

With members leaving the company due to moving away from the district, work and family commitments or a few have made the leap from the amateur theatre to the professional world.

Dwindling audience numbers, questionable show choices and never having enough men are all noted as constant issues raised at the Annual Meetings – A tradition that is continued in modern day Annual Meetings across the Amateur Dramatic Groups of the nation.

Perhaps nothing much has changed since the foundation of the company 50 years ago. It is a warming thought that although a lot has changed in the outside world since 1960, within the Amateur Dramatic world, the concept of a collection of enthusiastic amateurs putting on a show to entertain an audience remains as constant as ever.