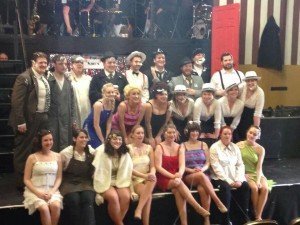 This show has a nostalgic connection with “children of the 80’s” but is such a fun musical that it’s loved by all ages!

It deals with quite a dark and challenging subject as the audience are transported back to the 1920’s era of rival gangsters and whacking (cleverly converted to “splurging”) but pays homage to the classic routes of Commedia dell’Arte and Vaudeville with the slapstick, zany characters and numbers.

There were plenty of enthusiastic auditionees who were eager to fill the many roles and cameos. 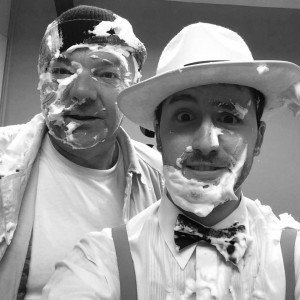 Everyone had great fun on stage as memories of when they first performed the show came flooding back to many cast members.

It was also a great chance for a few of the “adults” to live their dreams if they missed out during their childhood!

The Audiences reported many moments of laughter and hilarity with many stating that it brought tears to their eyes (tears of joy, we hope).

The songs are well-known and range from big show numbers to solemn ballads – Not always easy to pull off effectively in the confined Vicky Hall, but all went well. 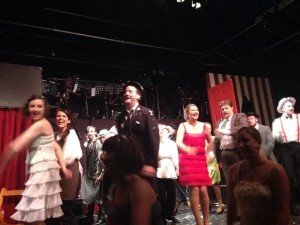 Hailey Budd and her husband Alex Budd took the roles of Tallulah and Bugsy Malone and continued their excellent chemistry from RENT.

Other roles were filled by Cera as Blousy Brown and Nicola Edwards as Fizzy – Her rendition of “Tommorrow” was noted as very emotional and stirring!

Ian Greenwood and Danny Hurley played off each other brilliantly as Fat Sam and Dandy Dan. Daniel Goode and Matt Hudson were also mentioned as being particularly hilarious with their characters!

A lot of fun was had by all involved, both off and on stage and everyone can’t wait to get started on Footloose next!