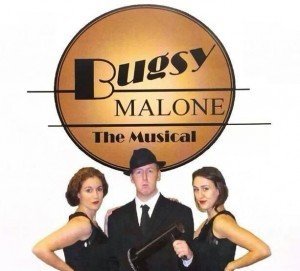 EHOS were extremely excited to announce that our Spring 2014 show would be the much loved musical: “Bugsy Malone”.

Popular with schools because the characters are played by children – This musical holds a nostalgic place in the hearts of many “born in the eighties” and gives an opportunity for the adults to take on the roles they may well have played when they were kids themselves! 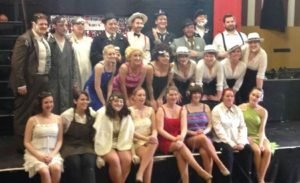 Being EHOS we did it our way and broke the mold by presenting an adult cast!

STORY
A slapstick musical comedy, BUGSY MALONE follows the rivalry between two half-witted street gangs and the washed up, well-intentioned, one-time boxer who steps in to take control of Fat Sam’s gang and give Dandy Dan and his boys what they’ve got coming.

In this film noir spoof, the message is one of good, clean fun; the characters are wonderful 1920’s cartoon cutouts; and the weapons of choice are “splurge” whip cream guns, flour bombs, and custard pies.