We donning our leg warmers, slid our favorite mix-tape into our Walkmans and practicing our kick jumps!

The challenge was to transform the cast into a group of energetic American college teens who want to strut their stuff and leap around in symmetrical unison. 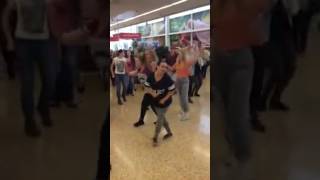 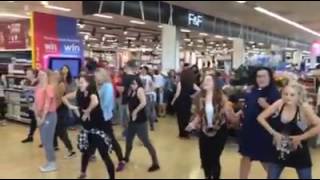 This was the 5th time EHOS brought a debut show to the Civic. Keeping with our decision to bring new, fresh and challenging shows to the audiences of East Herts!

A rebellious teenager (Ren) moves from Chicago to a small middle-American town where dance and rock ‘n’ roll have been forbidden by the town leaders.

Through tenacity and clever use of the bible, Ren manages to convince Reverand Moore to let the town’s high schoolers dance again at the rock’n’roll prom. A musical version of the 1984 film.