[foogallery-album id=”2741″] September saw the curtain fall on EHOS most recent production, Spamalot, one of the largest scale & best received musicals EHOS has ever produced.

Congratulations to Michael Champness-d’abreu who received the award for Best Performer for his understated portrayal of Patsy. Biggest Contribution award went to Penny Coyston for going above & beyond with her incredible costumes & the performers performer award was snapped up by Richard Butler for his expert comic timing as multiple characters – no bad for a someone who had never performed before!

A special mention needs to be made to our directors Matthew Hudson and Daniel Goode. Their hard work, drive and most of all passion for this show came through in the performance and we are thoroughly delighted they decided to take on the challenge. Lets hope we see them working together again in the future on another project. 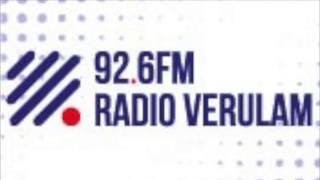 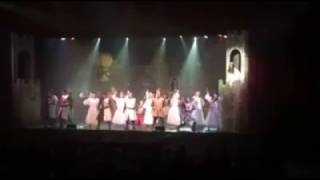 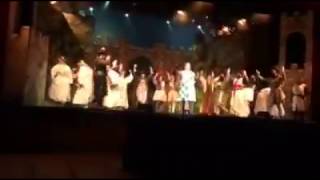 Spamalot - You Won't Succeed on Broadway 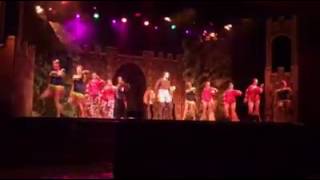 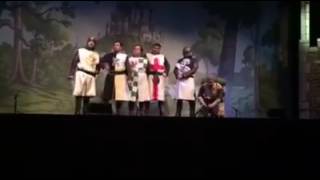 Spamalot - All For One

EHOS present All For One from Spamalot.
View More 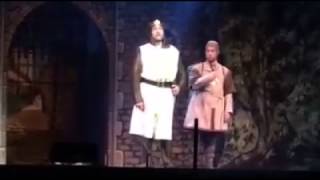 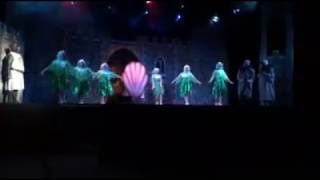 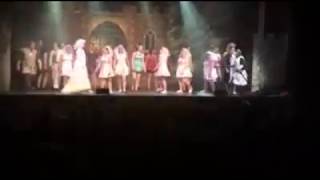 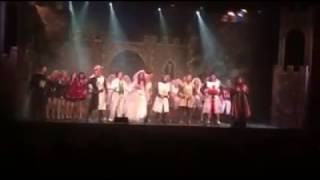 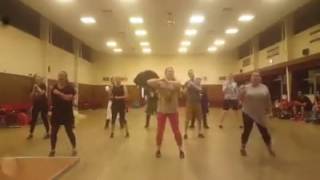 EHOS final rehearsals of Bright Side of Life before show week.
View More 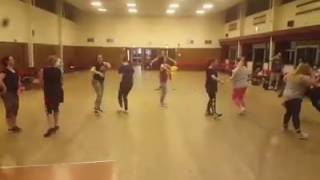 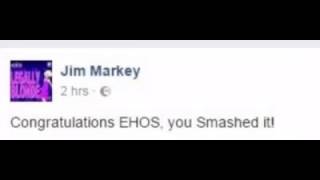 Don't take our word for it; have a look at what the audience has to say about our production of Spamalot.
View More 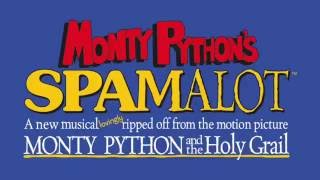 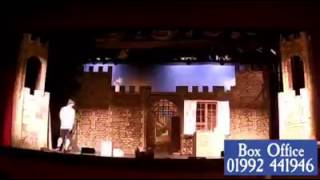 Spamalot Get In - Timelapse 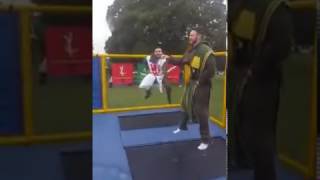 The cast having fun during the Beaconsfield Fate, Hoddesdon promoting EHOS production of Spamalot
View More

STORY
Spamalot tells the legendary tale of King Arthur’s quest to find the Holy Grail. Inspired by the classic comedy film, Monty Python and the Holy Grail, the musical also diverts a bit from more traditional versions of the legend.

Instead, Spamalot features shennanigans including a line of beautiful dancing girls, a flatulent Frenchmen and killer rabbits. Outside, there is plague with a 50% chance of pestilence and famine.

Throughout the show, Arthur, traveling with his servant Patsy, recruits several knights to accompany him on his quest, including Sir Bedevere, Sir Robin, Sir Lancelot and Sir Galahad. Besides the rabbits and farting Frenchman, they meet such characters as the Lady of the Lake, Prince Herbert, Tim the Enchanter, Not Dead Fred, the Black Knight and the Knights who say Ni.